Plant a tree in memory of Marvin
An environmentally-friendly option 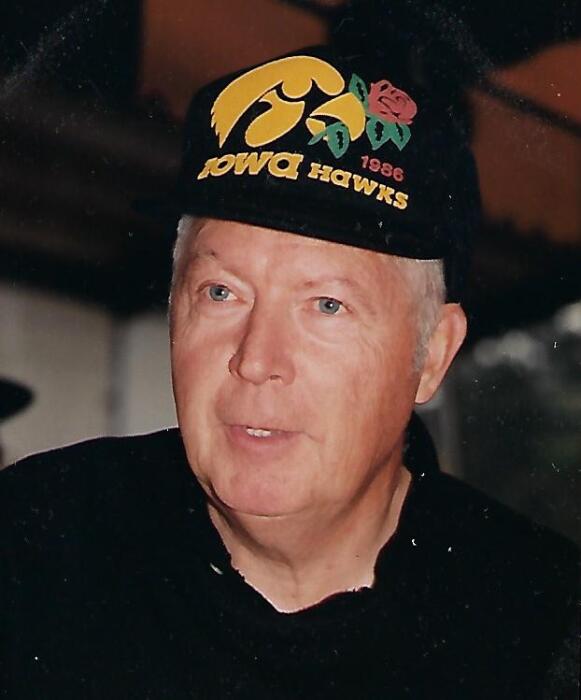 Marvin Karl Haller was born at home during the depression on January 17, 1934.  Once his mother realized a mistake was made on his birth certificate it was changed to Marvin Dale and remained so until his death at home on January 19, 2021.

He was raised in an Olde World German neighborhood in Muscatine, Iowa.  As a toddler it was on...

Marvin Karl Haller was born at home during the depression on January 17, 1934.  Once his mother realized a mistake was made on his birth certificate it was changed to Marvin Dale and remained so until his death at home on January 19, 2021.

He was raised in an Olde World German neighborhood in Muscatine, Iowa.  As a toddler it was on a neighbor ladies porch swing that he learned to sip beer.  Once again when his mother realized there was no more porch swing for Marvin.

He always said that his family was one of the lucky ones during the depression as his dad had a job.  His luck continued when in junior high he met his lifelong partner Barbara Whisler.  They married on May 1st 1953 and soon to follow came the star of their show.  Marvin was a graduate of Muscatine Community, State Teachers College and the University of Iowa.  He taught the sciences in Guttenberg High School and Garnavillo High School where he was affectionately called PA.

Marvin loved to tackle jobs and small projects so much so that his sister in law always said “everyone needs a Marvin.”  He once enthusiastically helped paint his brother in laws Datsun with tester paint, and a roller stood back and said, “Not Bad.”  If you greeted him and asked him how he was doing his standard answer was, “too early to tell!”  He was an over 50 year member of the Order of Eastern Star, The Masonic Lodge and El Kahir Shriners.

Those left to carry on his legacy are his wife Barbara; daughter Cindy (Jeff) Pape; several nephews; brother in law, La Moyne Jacobs and special friends of over 50 years, Alan and Betty Schockemoehl.

A Celebration of Life will be held at a later date on the Cedar River.

Plant a tree in memory of Marvin by clicking here.

Celebration of Life at a later date

Plant a tree in memory of Marvin
An environmentally-friendly option

Plant a tree in memory of Marvin

2 trees planted in memory of Marvin

Mrs. Haller: I'm so sorry to see that we've lost "Pa Haller." I was in his Civics class in 9th grade. He always used to tease the guys as they entered the 1st-hour class and say, "How's your liver today?!" (inferring that they'd been drinking underage.) He didn't let us cuss in class, calling it "barnyard talk." Instead we had to say, "Shuckie darn!" He was a really nice man and teacher, and I'm sorry for your loss.

Marvin was my dads first cousin. Seems like I remember him always in a blue shirt and deck shoes. We lived in Muscatine Iowa for a while and when he was in town to see his mom he’d stop by to chat. He drove a green 1969 Ford seems like always. Even in the late 70s or early 80s. If you said to him hey I see you drive the Ford his standard reply was always yep only three more payments and it’s mine lol Marvin is an easy guy to miss in your life when he’s not there! Those friends and relatives of his will miss him always!

Where to even start? My Uncle Marv was one of the sharpest men I've ever known. Hard at times but very well respected and loved by his family. I could listen for hours on end of old stories of our family and laugh non stop for hours. Sitting evenings in the old cottage over looking the river and reminiscing of my great grand father and other members gone to soon. Rest well Uncle Marv. See you again

I had Marvin (Pa) for chemistry and physics at Garnavillo. I do remember some class material,  but the one quote I really remember is "whether you're rich or poor, it's nice to have money".

A Memorial Tree was ordered in memory of Marvin Dale Haller by Cheryl Downey Sheets.  Plant a Tree

Plant a tree in memory of Marvin