Plant a tree in memory of Eunice
An environmentally-friendly option 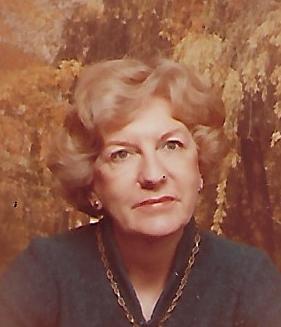 Eunice Mae Zearley, age 98, of Guttenberg, IA, passed away peacefully on Friday, March 26, 2021, at the Guttenberg Care Center.  Eunice was born on November 22, 1922 to Raymond and Pearl (Henry) Zearley.

Eunice grew up in the Garber/Elkport area where she graduated from the Elkport High School with the class of 1941.

Along with her two older brothers, Eunice joined the U.S. Navy in WWII as part of the WAVES.  She was very proud to serve her country.  Eunice was also the first woman commander of the local American Legion Post #373.  Eunice was also the mother of a Marine, Scott Zearley.  Her nieces and nephews were the light of her life.  As she got older and became a great grand aunt, she showed everyone their pictures and loved to visit with them.

Eunice was preceded in death by her parents, 3 brothers, Ralph, Lowell (Kathleen) and Donald (LaRene) Zearley.

The family would like to thank Dale Linderbaum, the staff at the Guttenberg Care Center and the St. Croix Hospice nurses for their care and compassion for Eunice.

Plant a tree in memory of Eunice by clicking here.
To send flowers to Eunice's family, please visit our floral store.

Plant a tree in memory of Eunice
An environmentally-friendly option

Plant a tree in memory of Eunice

6 trees planted in memory of Eunice

With loving memories of Eunice
Chris and Margi Zearley

I’m so sorry to hear of Eunice’s passing.
After my Grandpa ( Lowell, her brother ) passed away, we would write to each other often and share family memories/photos. I had not heard from her in a while, but would think of her often.
Thinking of you, as she was a wonderful lady.

It was a pleasure knowing Eunice! She was an inspiration. I always enjoyed listening to her experiences and and seeing her sweet smile.

You have had a wonderful journey through life. May you now rest in peace.

A Memorial Tree was ordered in memory of Eunice Mae Zearley.  Plant a Tree

My deepest sympathy to all.  I have fond memories of great conversations with Eunice.  I always thought of her as the perfect role model for woman.  Strong and intelligent.  May she rest in peace.

Plant a tree in memory of Eunice